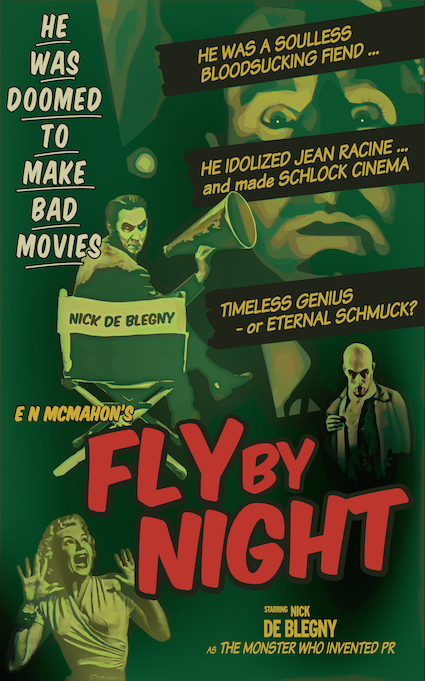 A must for all fans of vampire/exploitation cinema/17th-century French drama crossover novels!!

It's 1930s Hollywood, and Nick de Blegny is a vampire on a mission. This town just doesn't get it. Jean Racine, now he really knew how to tell a story. What the movies need is more Phèdre.

So what if the studios are giving Nick the bum's rush? He has his minion; he has his genius - and exploitation movies are crying out for a creative type who knows how to save a buck or three. Who needs actors, when this burg is chockful of stock footage, just waiting to be snapped up and put to good use?

The only good thing about actors is their celebrity - and Nicky D, the man who invented celebrity culture back when he was still warm - knows how to turn a pretty profit: by selling extra-special blood to the more discerning vampires. Everything's coming up roses - so long as he can stay ahead of gangsters - both warm-blooded and vampiric - and keep from being once again rudely interrupted by the local gendarmes...

Meet Nick de Blegny: self-styled genius; acknowledged father of PR; and the greatest physician, adventurer, huckster, and vampire that 17th-century France ever produced. As he'll be the first to tell you.

Fly By Night is available in paperback and on Kindle, direct from Amazon or on order from good bookshops everywhere.