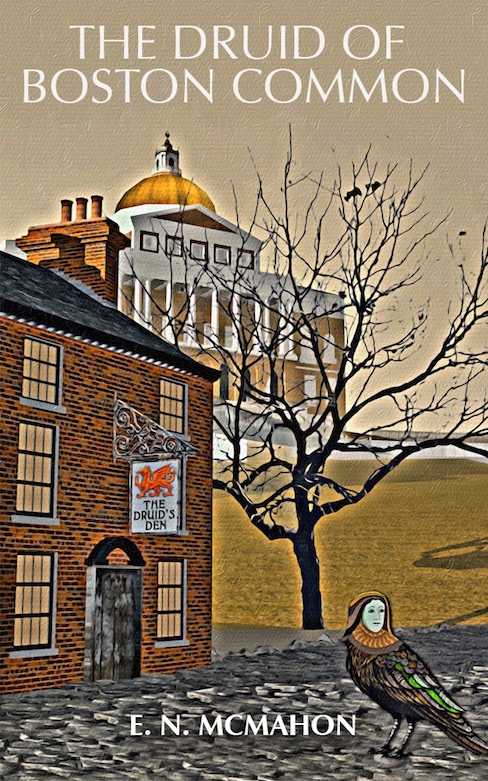 The Druid of Boston Common

Boston, December 1924: the era of Prohibition, gangsters, and speakeasies. Of bootleggers, bobbed-hair lovelies, and tommy guns. But in this burg, guns are for chumps, and magic’s the biggest game in town – and about to get bigger, as Boston descends into all-out gang war.

For years, Owen the Unimpeachable, the Druid of Boston Common, has kept a fragile peace from his powerbase at the heart of the city. But now, on the 90th day of his 90th year, Owen has died - and the gangs are at each other’s throats.

In the North End, Al Costa, master bootlegger, is armed with strega, the evil eye. Down in South Boston, the O'Connors have amassed a store of stolen munitions - and a banshee’s wail, to give them that magical edge.

As for Coup DeGrace in his Roxbury funeral parlor… well, not everyone needs to stay dead, do they? And no one messes with you when there’s a zombie on the door. Except, maybe, for the golem that Robert “King” David, is making, deep in the West End basement of his vaudeville theater.

Looking down on them all from the lofty heights of the State House, Governor Channing Cox plots to regain hegemony, and leads the Bluebloods of Beacon Hill in the weird and sinister rituals of compound interest.

Only one man can hope to keep the peace: Ben, the Druid’s eldest son, who thought he’d left this city, and this life, behind. What chance does an unworldly young man have against the gangster magicians scheming to take over the City on a Hill?


Buy The Druid of Boston Common

The Druid of Boston Common is available iin paperback and on Kindle, direct from Amazon or on order from good bookshops everywhere.